Jeremy
If you like my blog, shoot me an email. I'd love to hear from you. jeremystephensmusic@gmail.com 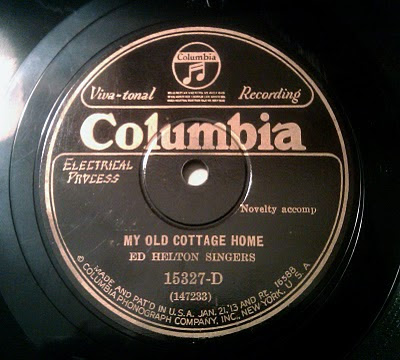 Now here's some great old time singing! I have no information of this group. Its safe to assume that they were probably from East TN, West NC, East WV or Southwest VA because this was recorded in Johnson City, TN on October 18, 1928. These are the only sides that they cut.

One thing I should note: Their version of My Old Cottage Home predates the Carter Family's recording of it by 2 and a half years. 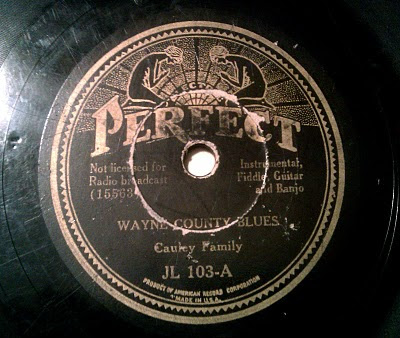 Here are all the issued Cauley Family records for ARC. They were recorded August 7-9, 1934 in New York, NY. According to the discography, only the first four sides in this post were issued, however a friend of mine ran accros a copy of the record that is pictured above. Apparently, this record was issued, though it is listed as unissued in the discography. This is probably because this pressing was made especially for a retailer with a chain of a few stores in Virginia and North Carolina. That is what the prefix JL stands for. The initials of the man who owned the chain of stores was J.L. and he was actually the person who took the Cauleys to New York to record. In the discography, however, it does list Grey Eagle and Darling Nellie Gray/Little Brown Jug as issued under JL-100. The supposedly-unissued record found here is JL-103, so it would be safe to assume that JL-102 is the Cauley Family as well, and likely more supposedly-unissued sides, but I know of no copies of JL-102 that exist. Maybe some collectors out there can turn that up. But at this point, this is all that there is to offer of the Cauley Family!! So Enjoy!!!

Just letting everyone know. I have reuploaded the Ralph Stanley 1967 Jalyn lp and the Carl Story Spar lp.
Posted by Jeremy at 3:57 PM 12 comments: 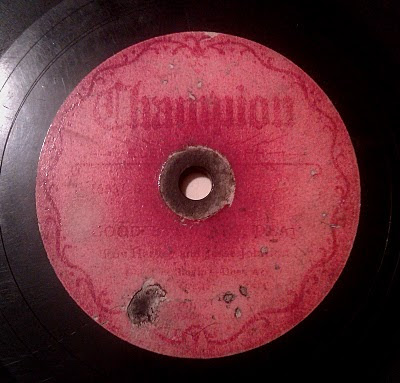 Anyway, here it is and I hope you'll enjoy it even though it is very rough and has a skip in the middle of the second verse.